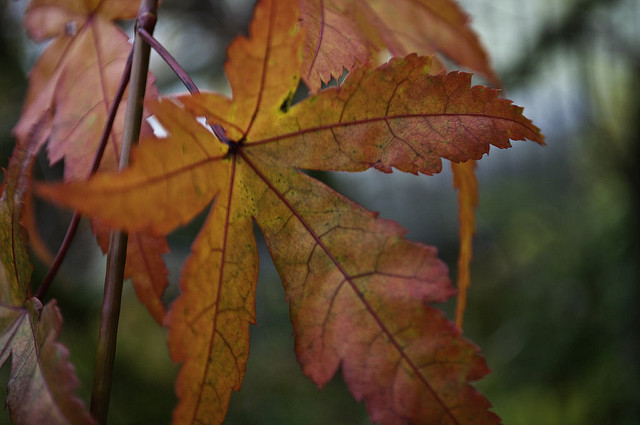 When my eldest turned five we sent him off to school, as is the custom in the society in which I live. My second child followed two and a half years later and I started work again, part-time teaching with the occasional full-time contract. We took them to dancing, and soccer and I joined the PTA and started a gardening group at school.

After another two and a half years, one burnt out mum, one very anxious and one 'shy' child later, we made the very considered decision to leave mainstream education and strike out on our own - homeschool style.

Our lives are very different now. Belts are tightened and priorities change. There are still times of bustle and hurried car trips, eating meals between activities, in which I worry about our pace and its effect on us all. But there are more quiet times of listening to birdsong with the rustle of pages being turned; growing limbs stretching in the sun. We try to balance activity with just being, focussed thought with creativity, and social engagement with introspection and being happy in our own company. I do feel the privilege of having this space.

We have different groups of people with whom we can work and play alongside - music, aikido, drama, homeschool groups and a Mindplus class each. As we approach I watch my children's eyes light up, their bodies move towards the group, welcoming faces turn to greet them. They begin initiating and engaging others in conversation. At times their sense of belonging is almost palpable. I relax. It is okay. They have peers. They are accepted.

There are still times of frustration and of boredom, but there is space in our lives now for acquiring the skills to navigate these life lessons. Without constant comparison, my children are learning to listen to their own opinions; their own preferences; their own questions about this world they were born to. And most importantly they are learning to listen to their own answers; to trust in themselves; to belong to themselves, in themselves - within this greater life around them.

Homeschoolers world-wide are confronted with the issue of socialisation - there being a perceived lack of opportunity to practise engaging with others, relating to others, getting along in work and play with others if you remove them from the five days a week/ thirty children of similar age in one room scenario that is more usual. My dilemma as a parent of schooled children became one of how to create the time and space they most desperately needed to learn about the one thing school couldn't teach them; how to be themselves. I could see them disappearing, blending in to the background, into their cohort of same-aged kids. Their sense of truly belonging to anything was disintegrating. For how can you belong to a group if you don't first belong to yourself?

We may not always choose this path. But for now, having time to stop and fill our pockets with autumn leaves, discarded washers and other treasures works for us. We can wander home chatting and later choose what to do with them; slowly making a little sense of this world and how we belong within it.

+ Text Size -
Do NOT follow this link or you will be banned from the site! Original generation time 2.5837 seconds. Cache Loaded in: 0.0435 seconds.